Golden Love.... Writing their story from the start.

The day their eyes met - the old radio just tuned in to the song 'Ishq vala love' that actually fix them together before they were interrupted by their neighbor Nisha who was there for some pickle and she knew Yadeshwari made tasty and spicy pickle that has even added flavor to her own life at present. She's newly married to Rajesh and both shifted to the small town of Punjab that is full of green and serene beauty.
'So, how did you guys get married ...????' asked Nisha excitedly.
'It's like love marriage'. Yash get back to the days both met together. I lived in Delhi with my children and grand children in old house in Delhi 6. I remember clearly the day was all cloudy beside it thundered alot before the rain poured to sooth burning souls in our heart. Rajesh's family was in a hurry to shift to their new place just the building in front of ours. Their luggage had already arrived but the house was yet to be managed. I was watching their hustle bustle from my balcony after which i descended the stairs to invite the entire family for lunch. Children just rush towards our house, even the adults were in hurry to escape rain but we both just struck in between gazing each other like never before and both were wet in secs. I directed him towards my house and we just had formal introduction with everyone there. we had lunch together and easily became friends.My grandchildren were more happy to have new playmates to share their toys with. It was absolutely new experience of something- i just can't figure out.
We started being good neighbors- i never knew he was so good in sports after i actually entered his room where his medals, shields and momentums posses a corner of his heart to his favourite sport- Lawn Tennis. We developed a habit of exchanging our views and ideas every sunday when all our children and grandchildren left us for a picnic or tour. We started sharing a bond that tied atleast our sundays together. He loves ginger tea and that too prepared by me- strange no... we met just a week ago.
In our sunday talks we try more to fill our void and heart by sharing our concerns as well as our respective deceased patners who supported us well till the end. I certainly don't know how it comes to his mind one day that he said " I love u, Yash". I was startled with that statement. He knew it well we are old enough to pursue Love or like feelings.
'I just wanted to be with you, Yash' said Rajesh.
'You know Raj, it's difficult ...i mean it's just not possible and really not a good time to fall in love' sighed Yash. That day i was in dilemma - whether to listen to my heart's calling or my family. I collected myself to atleast talk once about it from my family.
'What are you guys mad...????' interjected our children from both the sides 'atleast think about society they will ridicule us to let your parents married at an age of 60'. They all parted their ways without thinking once about our inner void that was killing us everyday. Gradually we started even seeing less of each other and involve ourselves as much as possible on sundays.
' It's too much, Yash!!!' peeped Rajesh from the window of my room. I was reading with my glasses on. He just frightened me with his appearance from the window.
' You.. how you even manage to be in that state.. am telling you don't cry with a back ache you'll be experiencing after getting down' I laughed at my Romeo in a state that suits young couples to be in.
'Comm'n get me in first'
' Okay okay.. ginger tea'
'Ah.. yes my beautiful lady..Btw what was you reading..???'
'Shakespeare's  Romeo and Juliet'
' Lovely let's run away.. our children are sick from mind and heart' Pleaded Rajesh. I did nothing just to laugh at his weird ideas.
'So you guys again together... you have any shame or not..???' inquired my elder son as soon as he saw us together.
'Listen it's just ....' before Rajesh could complete his sentence he was pushed out of the house forcefully and the scene was hardly bearable to me. I slapped my child immediately for being rude to a person elder to him. In result he shifted to another place and unwillingly i had to go along with my family. We almost parted our ways as i never even try to contact him so as not to hurt my children more.

Days went ... Months passed and ultimately it was exactly one year when me & Rajesh met. It was a fine day, after lunch i went inside my room for a nap and all of a sudden i felt something under my bed... Initially i ignored but gradually it increased, i was shocked to feel the shakes under me putting everything upside down. I somehow managed to alert my children so that they can leave the house on time but as soon as i was about to vacate the house- the roof collapsed on me.
The moment i opened my eyes i saw myself in a different place i was unable to recall. I struggled hard to be up from the bed but due to severe bruises on my body, my efforts were all in vain. Meanwhile one girl came and asked me to rest well as i inquired about the situation, she told me i was in a relief camp within the outskirts of Delhi. Disaster had shattered almost everyone - children left orphan, women widowed, men searching for their families and less food, shelter - everyone seemed to be in utter chaos and disappointment. I decided to get well soon and help others to recover from the trauma as soon as possible.
After few days doctors declared me fit to volunteer others. I asked the organization and they consented for the same as far as i was not stressing myself in the process. I started talking to people , trying to comfort them and usually played with kids to keep their memories away from the pain. I found soon that my family is safe and had already left for Ambala to re-start their lives. I never thought of calling them again to ask them to pick me up and as expected they were hardly interested in that. So i continued to serve people same like me homeless, in search of familial love and care.
At the end of inspection one day i found a man who had embraced his knees and was babbling something i can't tell. I approached him for a friendly talk and to see if he needed something. The moment i tried to say something he just turn his head away and ignored me. I retry to make him comfortable but he started pulling off his hairs in rebel. I talked about the man to the other volunteers who told me he was so traumatized that he had lost his mental balance and told me to stay away from him as he could harm anyone any way. I decided to talk to him as i was there to serve the traumatized not to be a mute spectator.
Next day when doctor left after his medical check up, i went to him and caress on his head to let him feel i was no danger to him. He slowly and steadily turned his face around to give me a smile and i was shocked to see him.
'Rajesh... are you okay...???' I hold his arms and cried. Other volunteers were shocked to see my behavior but i was happy to get him no matter in which state. I requested my team to let me care for him as he's my relative. And the happy days begins... i wake him up everyday, we eat together, play together, talk together and at night like a child he insisted to sing to let him off to sleep. I was in regular touch with the Doctor treating him- he was doing his best to let him out of that state through medicines and i through my love and care.
Gradually it worked, he initially started to have control over his body parts, speech and finally brain. After no. of therapies he finally recognized me and i was ecstatic. He made it.... I was happy until his children came to take him back but to my surprise he negated straightaway. we discuss the matter and he just ended the conversation with ' It was you , Yash who supported me when i needed someone of my own. No argument...'.

After few days we thanked the organization and just ventured out for a home but decided to leave Delhi forever , so the place we settled to was Punjab - where we got married as per the rituals of Hindu religion. 'We too had our honeymoon' blushed Yash while narrating. Nisha was in tears when Yash narrated her story as she had to leave the lovely couple for her higher studies in Delhi but with a promise to be back as soon as possible.
Nisha finally decided to be back after a year to their place where she saw the house with a name plate : "In memory of Mr. Rajesh & Mrs. Yadeshwari- Disha : an orphanage" that both have started after they got married to serve what they had and more in times to come. It was early morning when Nisha arrived at the place so she rested herself upon a stone at a distance to hear the chirping of birds that seems to be re-telling the story of their "Golden Love"  :)

Love has no age, no boundaries and no definite time- it can happen anywhere, anytime so make sure you love selflessly and truly to make even yours a "Golden Love" :) :)
Posted by Unknown at 04:45 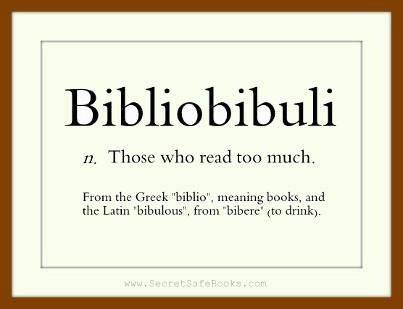